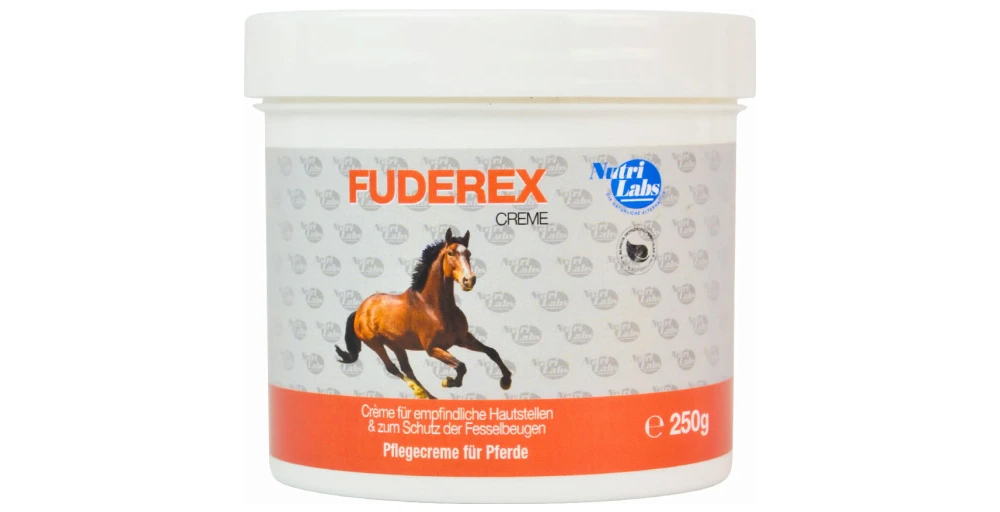 The cold, wet autumn and winter are a challenge for many horse owners. One
not only needs more motivation to go outside in the cold, but horses tend to be a lot more vulnerable to mallenders during these cold months.

Mallenders are caused by the over-production of keratin in the horse's body.
Mallenders usually occur on the hind legs and around the hock joints, but can also show up in other parts of the body. In most cases, mallenders show up as red areas, scabs or crusty areas. It is important to be able to recognise mallenders so you can treat the areas quickly.

This week, we tested the FUDEREX Cream by NutriLabs. The FUDEREX Cream contains both zinc oxide and lanolin to protect the skin from wetness. It also contains sulphur to help the skin recover. Here are the results of our tests:

Heidi is stabled in a stable building with daily access to a paddock. The paddock is often quite muddy in the autumn and winter. Heidi typically suffers from mallenders, which show up as small pustles and crusts. 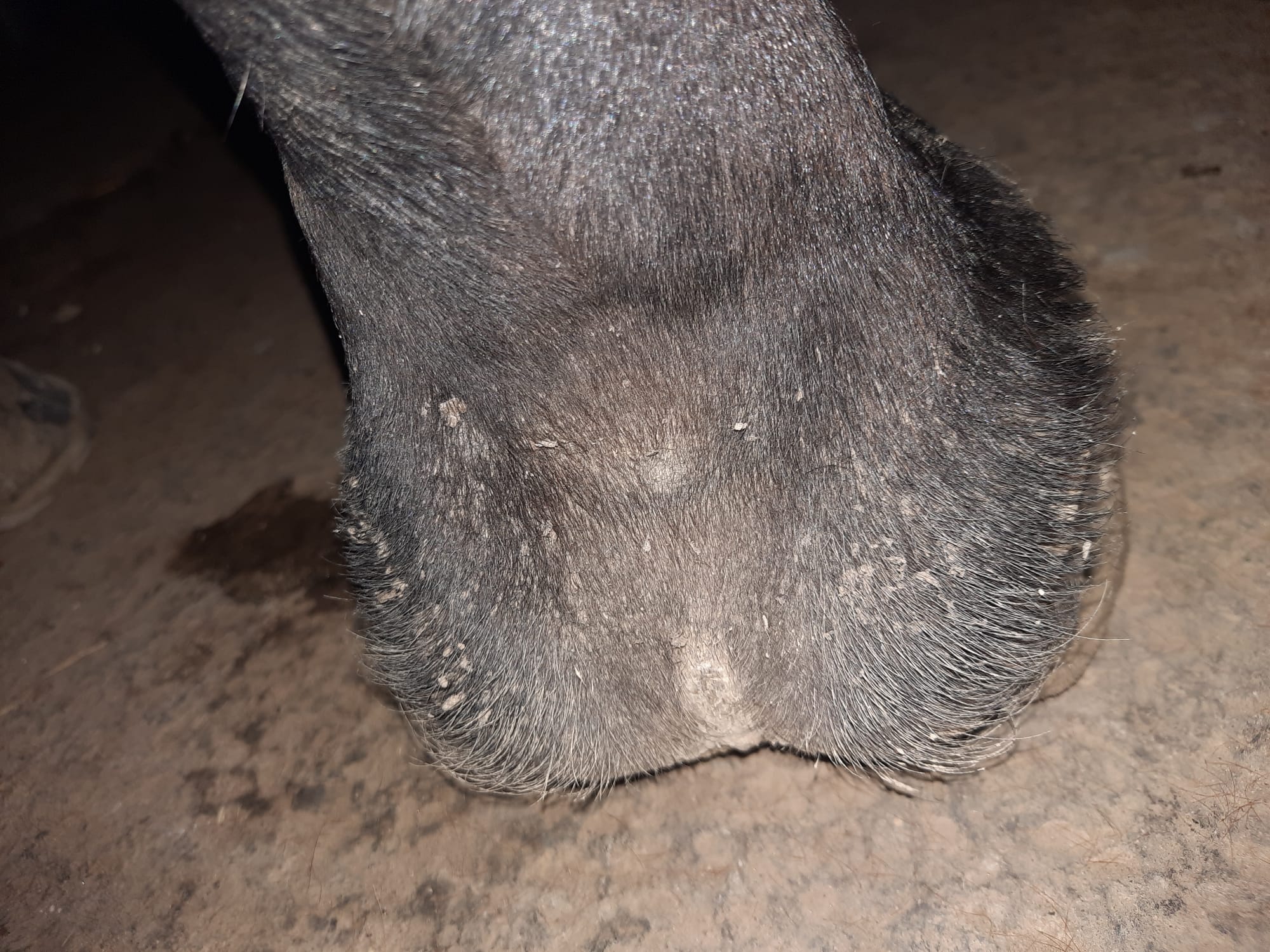 After 3 days, we could already see a positive change in Heidi's condition.
The crusts almost completely disappeared, and the skin appeared to be less irritated. We kept using the cream until the crusts disappeared completely.

Heidi's fetlock joints after 3 days of using the FUDEREX cream: 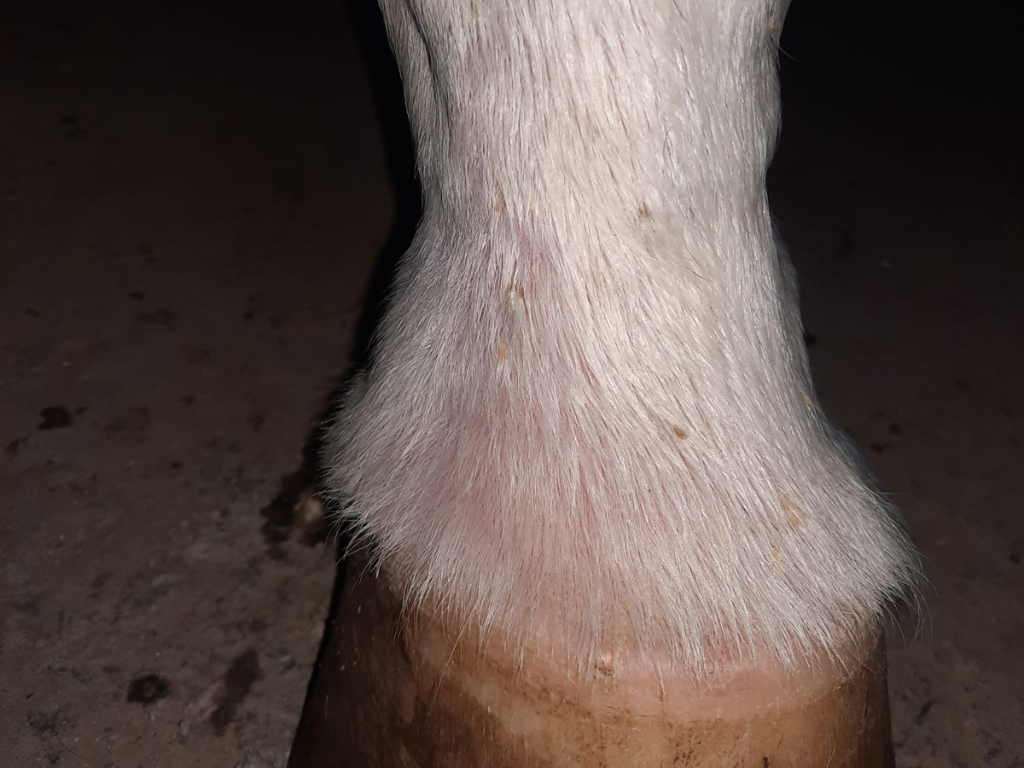 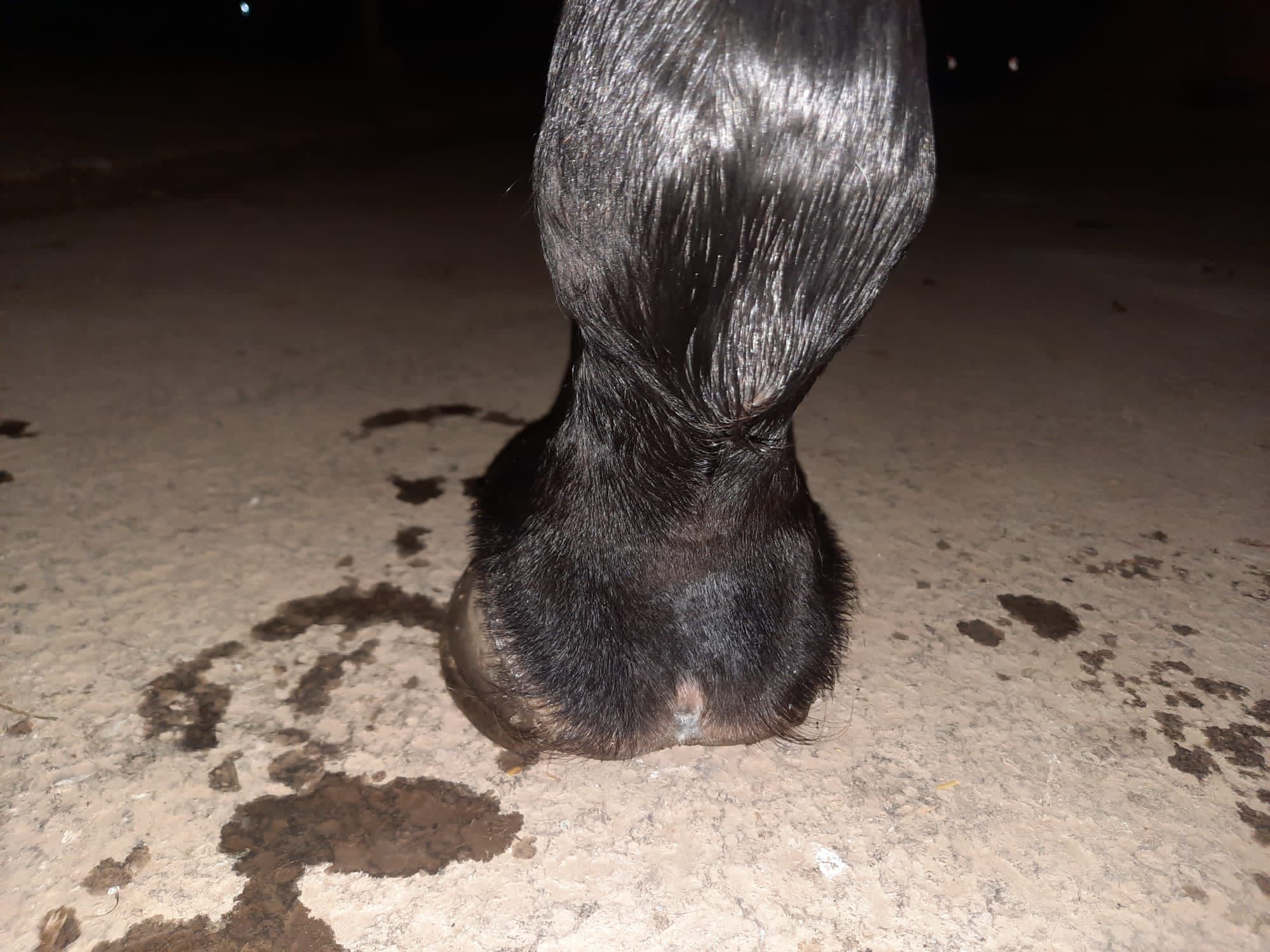 Crimetime is stabled in a stall and also has access to the paddock every day. In the autumn and winter months, the paddock is also rather muddy. Crimetime suffers from mallenders all year round, but it tends to get worse in the winter. Without treatment, the affected areas begin to ooze and become inflamed. With appropriate care, the mallenders do get better, but have not gone away completely. 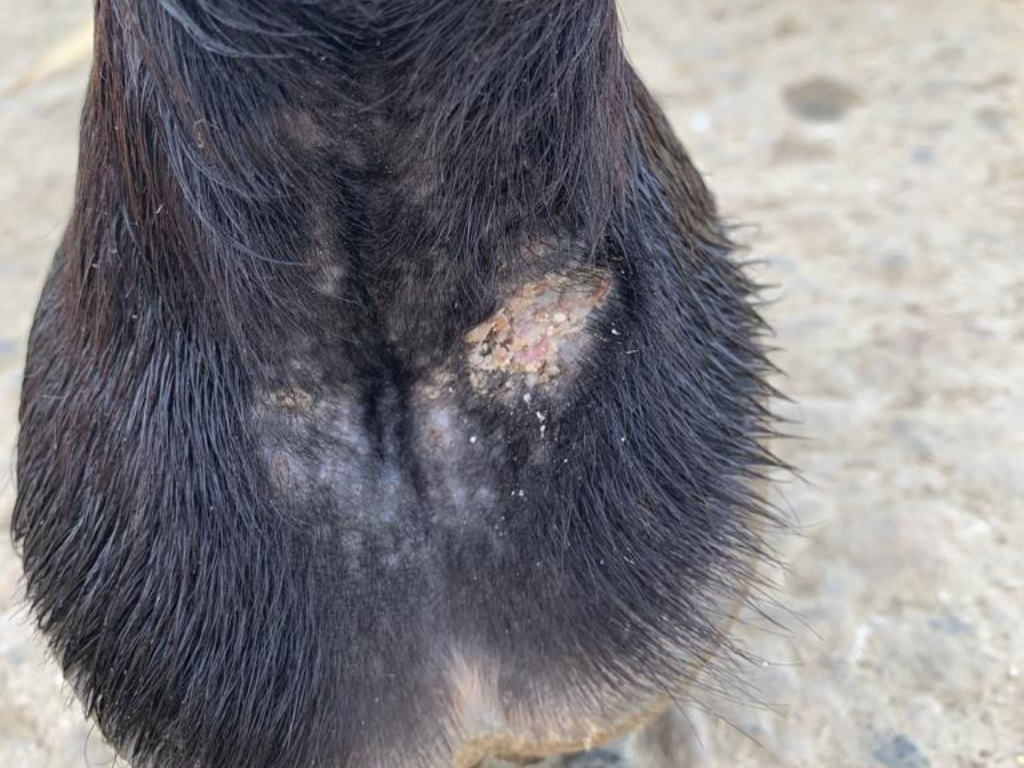 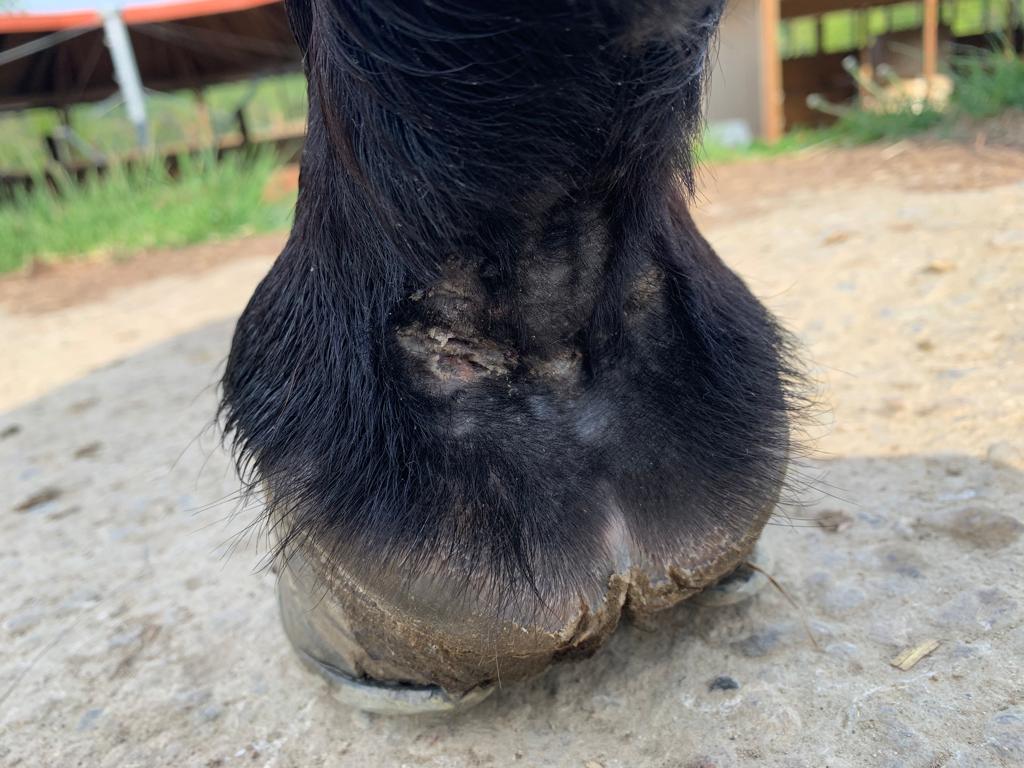 We used the FUDEREX Cream on Crimetime for 4 weeks. Unfortunately, Crimetime's mallenders did not disappear completely, but we did see a real improvement. The affected are much smaller and not as cracked as they were in the beginning. 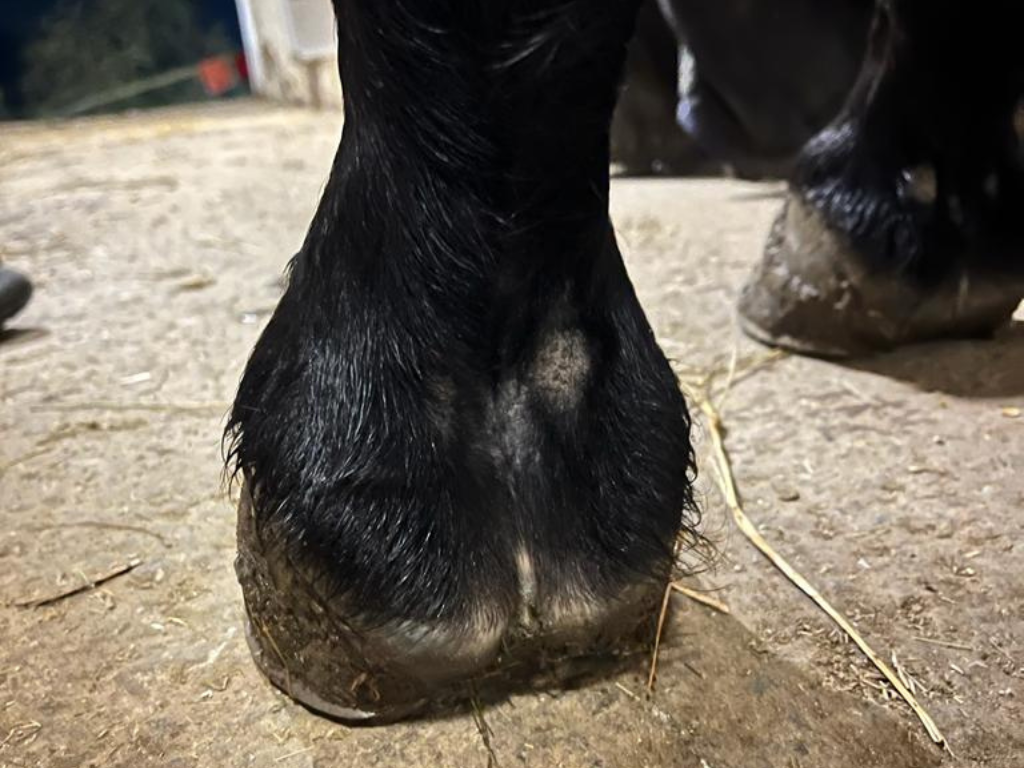 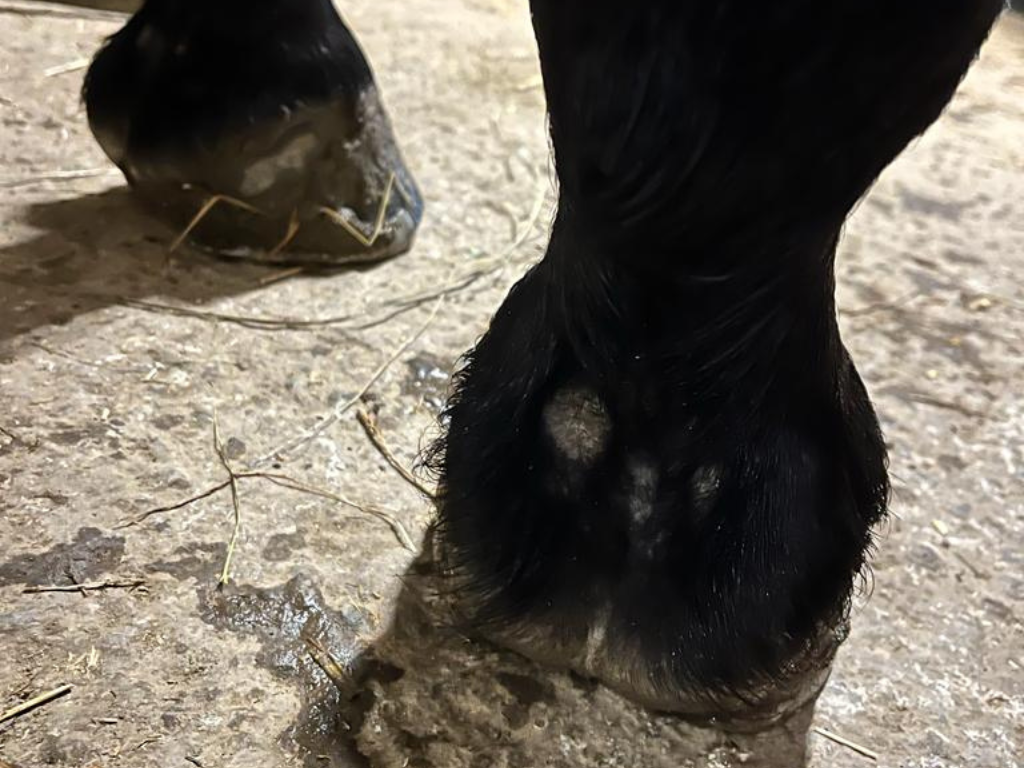 Mallenders can occur in a wide variety of forms and impact every horse
differently. It is most important to carefully investigate and treat the affected areas.
Based on our experiences, we recommend using the FUDEREX cream for support
for existing mallenders or as a preventive measure for horses that are sensitive to mallenders.

What is Pasture Myopathy?